Galápagos Islands: Where the wild things are 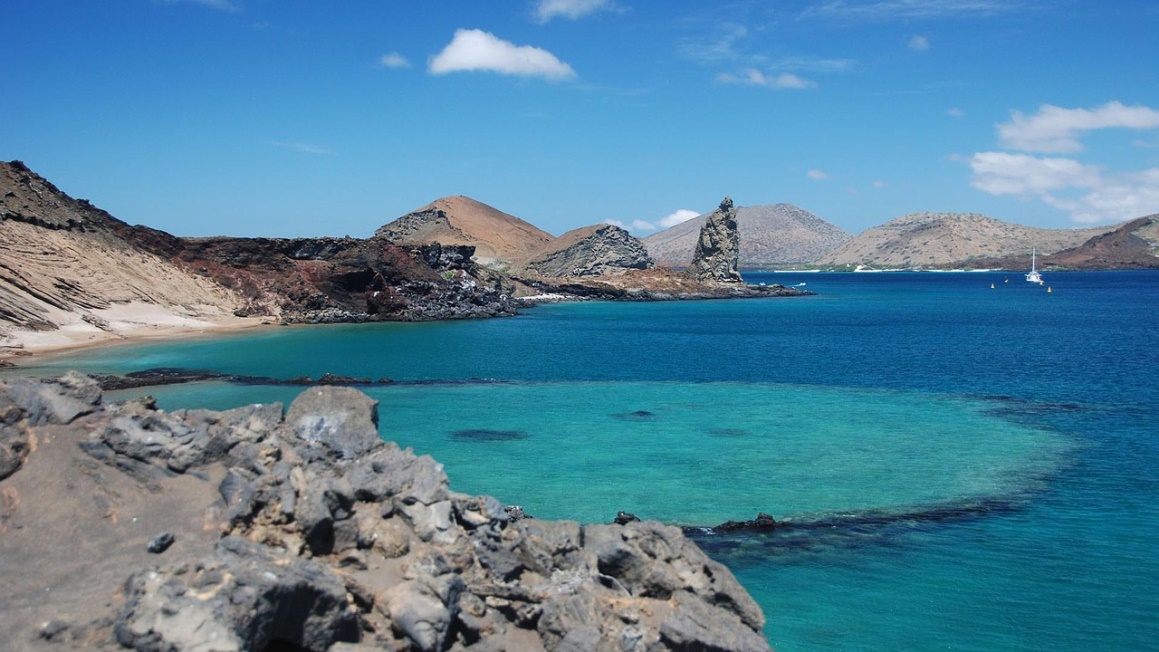 The Galápagos Islands are home to some of the highest levels of endemism (species that are unique to a specific area—different from indigenous species, which can be native in multiple areas) on the planet. About 80% of the land birds, 97% of the reptiles, and more than 20% of the marine species are found, literally, nowhere else on earth. Among the endemic sea birds are the flightless cormorant, two species of gulls, and the only penguin species that lives in tropical waters.

HOME TO SOME OF THE RAREST ANIMALS IN THE WORLD

With such extraordinary lands and skies, it will come as no surprise that the underwater world of the Galápagos is no less species-rich. The geographical location of the archipelago, at the confluence of warm and cold waters, makes for astonishing diversity. The waved albatross breeds solely on Española Island, while colonies of blue-footed, red-footed, and masked boobies are found alongside frigate birds. In addition, there are 300 species of fish, at least 1,600 species of insects, 80 spiders, 300 beetles, 150 mites, 80 land snails, 650 sea shells and other mollusks, 200 starfish and urchins, and 120 crabs. In short, in the Galápagos, you’ll get real up close and personal with a lot of different animals!

PIRATES OF THE GALAPAGOS ISLANDS

They may not have the same wacky wit as Johnny Depp’s Captain Jack Sparrow. But the pirates of the Galápagos had their share of adventures among the otherwise pristine islands. During the 1500s and 1600s, Spain was busy collecting the wealth of the Incas and shipping it home. And the pirates (or buccaneers, depending on whose side you were on) would attack the Spanish treasure ships and steal riches for their own country. Or themselves!

The Galápagos became a favorite hangout for these pirates. They would retreat onto their private coasts, stock up on water and tortoise meat, and occasionally stash their goods among the volcanic caves. In particular, the spot just north of James Bay on Santiago is still known today as Buccaneer’s Cove.

The pirates were also a beneficial part of the economy during ancient times. Settlers could trade and barter goods at a much cheaper rate with the pirates. At “pirate prices,” merchandise could be had more reasonably than what the Spanish charged. As a result, the communities viewed the pirates as well-endowed trading partners as well as high-spending tourists. They would arrive in town with plenty of money to squander and could be counted on for repeat business.

The Galápagos ranks as one of the most important sites in the Western Hemisphere. Especially, in regards to biodiversity and scientific research. The Ecuadorian government is one of the first countries to include environmental legislation in the form of a constitutional amendment.

The Special Law for the Galápagos is a landmark piece of legislation with far-reaching and unprecedented language to protect biodiversity. Also, it fosters a culture of conservation. The law aims to promote conservation of biodiversity and sustainable development of the Providence of Galápagos. The legislation recognizes not only the biological framework necessary to protect Galápagos, but also the intellectual and sociological aspects. The principal goal of this piece of legislation is to create a harmonious existence between people and the unique flora and fauna of the Galápagos Islands.

While “express” may not be the most fitting word, Post Office Bay on the volcanic island of Floreana (also known as Isla Santa Maria) has had its own special mail system since 1793. In the 18th century, whalers and Galápagos residents used to leave their mail inside the wooden barrel. They would wait for a captain of any boat headed to where the mail was addressed to deliver it.

In the vast and remote Pacific Ocean, this was the only official way to communicate with relatives, friends, and governments. As a result, Post Office Bay soon became a mandatory stop to all sailors in Galápagos waters. This was indeed a useful service, free of cost, and gave everyone a chance to communicate while in Pacific waters. As far as historians know, Post Office Bay is the earliest mailing system still existing in the East Tropical Pacific.

This tradition has continued over the years and today, visitors drop off letters. No stamp needed. Travelers leading out would pick them up and deliver them to the destination. It may take weeks, months, years, or never until the post is delivered, so do not intend to send important matters. Once you’re lucky enough to stumble upon this grand site, be sure to bring that letter to home. See if it actually ends up where you had hoped.