Get A Taste of Russia! 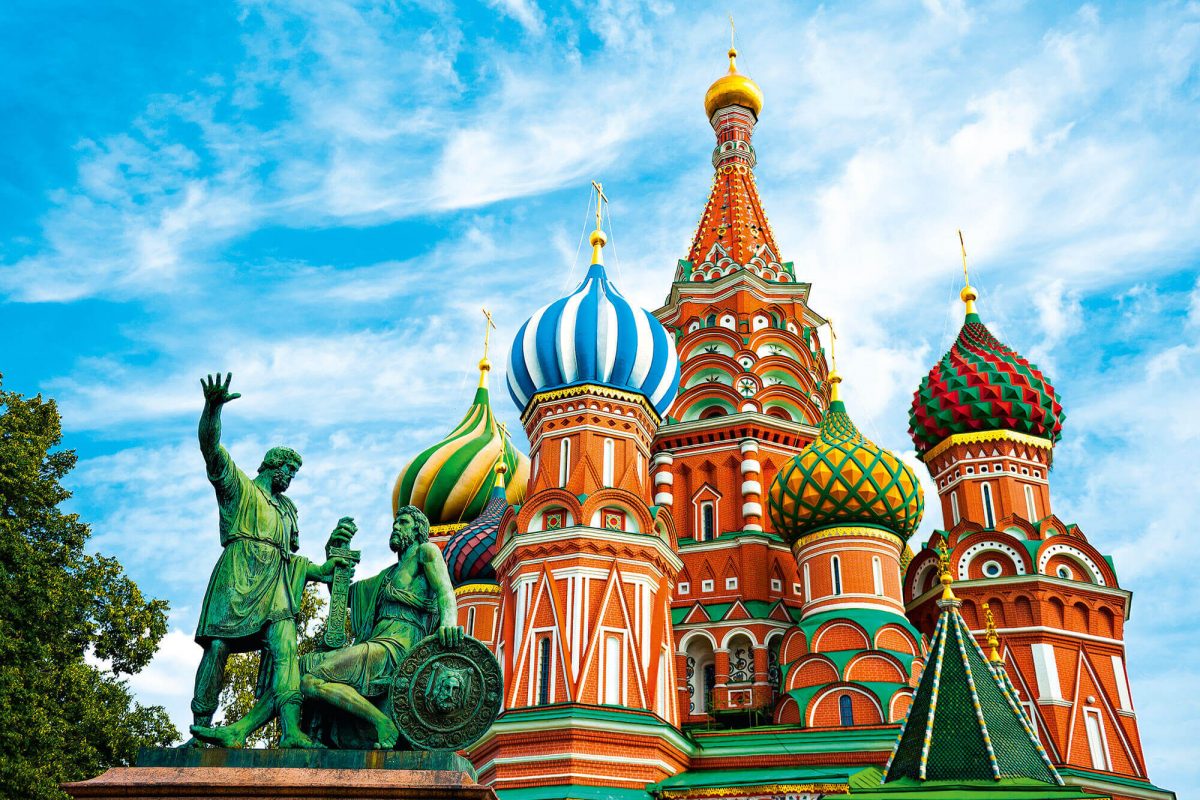 Russia is all over the news now. From Vladamir Putin to the most gracious host of FIFA World Cup 2018, to the magnificent locales the country has to offer. Of course, it is the largest country on the face of the earth – stretching across eleven time zones with boundaries over 40,000 miles long!  It borders with the European and the Asian countries as well as the Pacific and Arctic oceans. Since the collapse of USSR, travelers have been visiting this spectacular destination and getting enthralled with all its treasures.

So much to see

European Russia is the heartland; its two main cities are the capital, Moscow, and the former capital, St. Petersburg. These two destinations are a must-do on a vacation to Russia. Around them lie venerable ancient fortified towns such as Novgorod and Smolensk. The countryside between them is timeless in its beauty and glory. It has endless forests and plains interspersed with straggling villages where the time seems to have frozen. People still draw water from wells and carry it home with yokes, and where chickens and geese forage freely. Through the country flows the majestic River Volga, the “Mother River.”

A highlight is St. Petersburg’s Winter Palace complex – previously the residence of the czars. Here, visit the world-famous Hermitage Museum. With one of the world’s finest art collections, the museum celebrates works by Rembrandt, Leonardo da Vinci, and the master French impressionists. Housed in the former residence of czars, the museum exemplifies the opulence of a once imperial palace. In Moscow, visit the largest Orthodox Christian Church in the world – the Cathedral of Christ the Saviour – and the Novodevichy (New Maiden) Convent and Cemetery.

It is a land of contrasts—of snow and freezing cold winters but also of majestic mid-summer “white nights” at northern latitudes, where the sun never sets. The country has a long history and association with Europe which has marked most of its heritage and culture. The cities are well endowed with extravagant but glorious palaces of tsars and former nobility, and with the onion-domed, orthodox churches of Old Russia. Some decades after communism and the reformation of the country to become the modern nation it is now, the face of Russia has changed from what it was.

Russia is also famous for some of the world’s most distinguished citizens. They include world-renowned composers such as Tchaikovsky, Stravinsky; ballet dancers like Nureyev and Baryshnikov; writers of stature such as Pushkin, Tolstoy; painters such as Repin and Levitan; and the world’s first cosmonaut, Yuri Gagarin.

Worthwhile souvenirs are colorful nesting matryoshka dolls and exquisite lacquered boxes with scenes from Russian folk tales, which are painstakingly painted with squirrel-hair brushes by villagers. There are colorful patterned plates and kitchen utensils from Khokhloma on the Volga, and age-old amber jewelry from the Baltic coast.

Russia awaits discovery; all you need is a sense of curiosity and wonder. It won’t be quite what you expect. Winston Churchill once described Russia as a “riddle wrapped in a mystery inside an enigma.”

When you travel on Cosmos, your exciting affordable tour of Russia will be an experience like no other. Your thoughts will often return to your memories of Russia with love for a long time to come. For more information, click here.