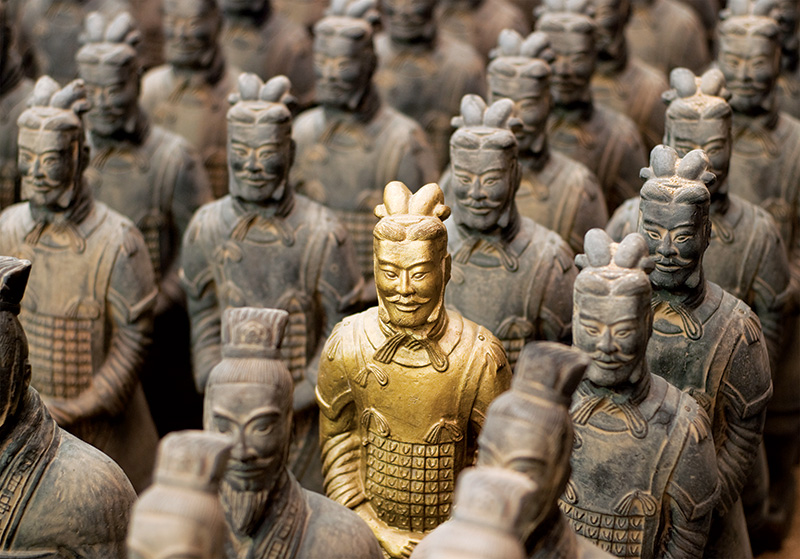 Xi’an was the capital of the Chinese empires for more than 1,500 years. It was and still remains one of the most important cultural cities in China. However, when the center of China moved to the east, Xi’an quickly moved out of the spotlight. It became a secondary city. It wasn’t until the 1970s that the discovery of the Terracotta Warriors there put Xi’an back on the map.

The Terracotta Warriors were actually a cultural landmark. Emperor Qin Shihuang, the first Chinese emperor, had created them and left them. Unlike the Great Wall, which the emperor commissioned to defend his territory while he was alive, the Terracotta Warriors were buried on the side of the mausoleum to protect the emperor’s body and soul after death.

Although the Terracotta Warriors were a large, distinguishable force and played a significant role in defending the emperor. Surprisingly, they were totally untraceable in many historical records. They went virtually unknown until the local farmers accidentally found them in 1974. More than 2,000 years had passed since the death of Emperor Qin Shihuang, and the burial site had become a piece of well-cultivated farm land.

In the summer of that year, local farmers were digging a well for irrigation. They found the broken pieces from the warriors’ arms and legs and heads. Terrified, they believed the “remains” were possessed by the ghosts. The farmers had no idea they had stumbled upon the most important archeological discovery in Chinese history.

The farmers’ lives were altered forever after they discovered the warriors. They were revered as heroes, rewarded by the local government. They got jobs in the museum that now stands at the burial site, ending their strenuous careers working the farmland.

Explore China on a Cosmos Vacation and see the Terracotta Warriors and more such highlights. Know more