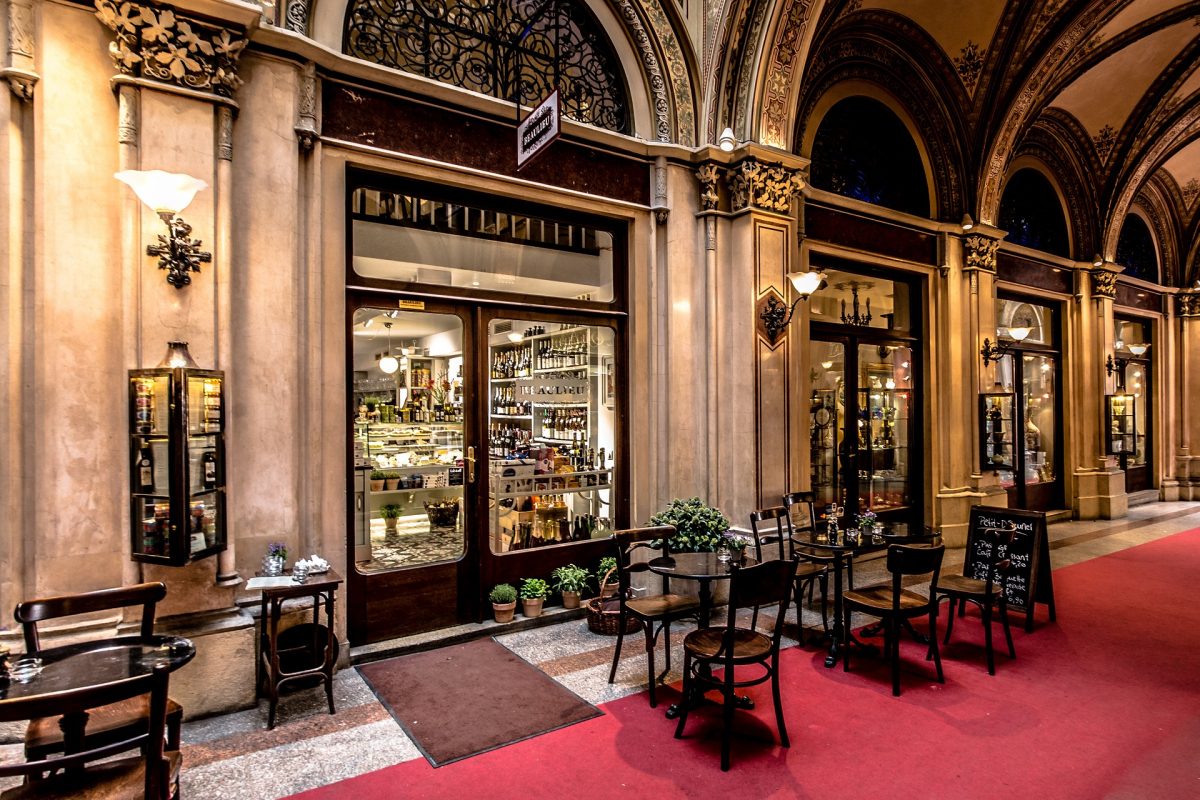 Vienna has always been known for its castles and music. But no visit to Vienna would be complete without an afternoon spent lazing in one of the ornate Kaffehaüser or coffee houses. These classic institutions are intertwined with the Austrian capital’s modern history. The love for coffee in this region dates back to the 1600s. Now, centuries later, coffeehouse culture is ubiquitous to Austrian life and that of all the travelers visiting Austria as well. Infact, since 2011, UNESCO has added Viennese Coffee House Culture to the Intangible Cultural Heritage list. In the current age, coffeehouses range from the elaborate to the simple and they are full of coffee aficionados!

How it came about!

The first coffee house opened over 300 years ago, after a protracted siege of Vienna by the Ottoman Turks. In 1683, when the Austrians defeated the Turks, their losing army left hundreds of sacks full of an unfamiliar green bean. Franz Kolschitsky, an Austrian spy, had lived in Istanbul for many years. Not surprisingly, he was the only person who recognized them as coffee beans. As a reward for his services to Vienna during the siege, he asked for the strange-looking beans and a house. There he opened a cafe called the Blue Bottle!

This invigorating hot drink was an instant success, and its popularity spread throughout Europe. And today, there are hundreds of Kaffehaüser across Austrian cities, with a variety of caffeinated beverages that will always put Starbucks to shame.

A Schwarzer is black coffee. A Brauner a coffee with a little milk. Melange a large milky coffee, similar to an Italian Cappuccino. More adventurous palates go for the Pharisäer, black coffee and cream served with a glass of rum. Or you have the Kaisermelange – milk coffee mixed with raw egg yolk and brandy. Some consider this to be an excellent hangover cure! And of course, you have to drink that coffee with a sliver of rich chocolate Sachetorte – Austrian pastries may indeed be the best in Europe!

So, next time you go to Vienna, don’t forget to visit the coffee houses and indulge yourself in their sinful delights!

For a unique and fascinating vacation, discover Vienna on a Cosmos escorted tour to the Eastern Europe. The Eastern Europe region encompasses many different countries each with their own diverse cultures, ethnicities, languages and histories. Eastern Europe is a traveler’s dream with so much to see and do. Some of Eastern Europe’s cities have witnessed significant historic events that dates back to the Roman & Byzantine Era, the Cold War, Holocaust etc that has shaped the world today. For value-minded travelers, Cosmos offers the must-see sights and time to discover this unique region on your own—all at an unbeatable price. Click here for more details.